Is Hip Hop dead? Well it all depends on who you ask. With Flying Lotus, Boi-1da and Thundercat plus many more featured on production, ‘To Pimp A Butterfly’ was always going to be a colourful album.

At first King Kunta seems like a steady ride until the key changes start occurring at a rate faster than one’s ears can anticipate. The song seems to blend a topic of historical importance, in slavery; ‘Everybody wanna cut the legs off him, King Kunta, Black man taking no losses’, with issues Lamar perceives in the modern music industry ‘I was gonna kill a couple of rappers but they did it to themselves, Everybody’s suicidal they don’t even need my help’.

These Walls is an R&B laced and featured packed song with Bilal, Anna Wise & Thundercat all contributing towards the song’s final incarnation. With clean drums providing a solid backdrop, a pad, synthesizers and a lusciously warming bass all come together to provide the perfect platform for Lamar to shine.

U seems to tilt the listening experience back to the mysterious side of things. The song is a roller coast of emotions, albeit on a more depressing note; ‘Shoulda killed yo ass a long time ago, You shoulda felt that black revolver blast a long time ago’. It reveals some of Lamar’s darker moments and seems more like a moment of venting than a moral lesson.

If U presents a one-sided story of self-loathing then Alright seems to be a catalyst that might lead to a solution to that issue. The song ends in a similar manner to a number of songs on this album, with a spoken word passage.

For Sale? is another interlude, and one addressing something darker, with the seductive ‘Lucy’ representing Lucifer. The song is addressing one of humanity’s oldest superstitions in a deceptive manner, clothed in a soulful aroma.

Hood Politics as the name suggests is a politically driven number. The song, whilst essentially repetitive at a melodic level, seems to offer more in terms of thought provoking lyricism; ‘They tell me it’s a new gang in town, From Compton to Congress’.

By the time the album begins to wind down, you realize the importance of this offering from Kendrick Lamar. If not his opus magnum then the album at least marks the beginning of Kendrick’s stint as one of, if not, the top dog in Hip Hop. With many already proclaiming him as the new ‘King of Hip Hop’, Lamar shines on The Blacker The Berry.

The dynamism of Kendrick Lamar is evidently on display throughout this masterpiece. Having nearly broken Spotify with first day hits peaking at more than 9 million streams, it’s fair to say that Kendrick Lamar has reached new heights in his career.

So Roots Manuva is back with a bang. Calling upon the production talents of Four Tet, Facety is an ambitious song and does not easily fall within the confines of ‘traditional’ Hip Hop; but who’s really making so called traditional Hip Hop these days?

Four Tet is a very diverse individual indeed. Not only is he expected to deliver music under his current moniker, but he also has to think about running his record label Text Records, through which he also releases projects under the pseudonym Percussions. So it begs the question; when does he actually find the time to pull off something like this? 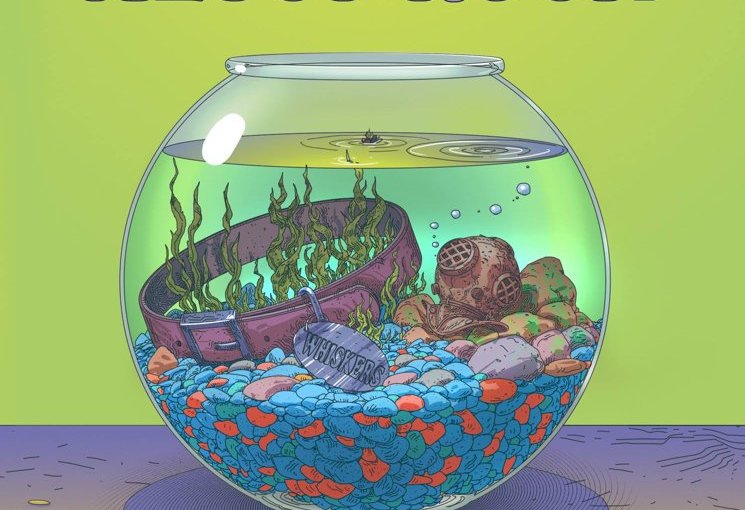 Cat Food, the title track perfectly encapsulates in essence; Aesop Rock, an artist who is both ceaseless and masterful in his artistry.

As cryptic as ever with regards to his lyricism, the Hip Hop veteran delivers a mature and polished performance.

Bug Zapper is the more relaxed of the two songs, at least by Aesop Rock’s standards. The last two songs are instrumental versions of the first two.

In summary, ‘Cat Food’ is a short but sweet offering, something to keep Aesop Rock fans occupied, at least until his next album.